I did this gif through the inspiration of  Sia's song bird set free. The animation is based on escaping from being trapped from the outside world. The song has another purpose which is to dream big and not let fear holding you back. The bird cage is the visual metaphor of it. I did this animation by graphite and ink. I put the animation together using the gif maker app on my iPhone. To develop it further, I try to add music to it and extend it further to make it look a full length animation.
Posted by Manisha Rekhi illustrations at 07:04 No comments:

During the talk that I attended to, Tiffany discussed her career as a creative director of Egmont publishing. She mentioned of what to consider when creating a narrative sequence. The main points to think about when planning out a story are;

The order of producing a storyboard are;
Other things  to consider when after producing a book are getting the sense of the target market- language distance/ visiting book shops, researching bloggers and retail buyers.
Posted by Manisha Rekhi illustrations at 04:02 No comments: 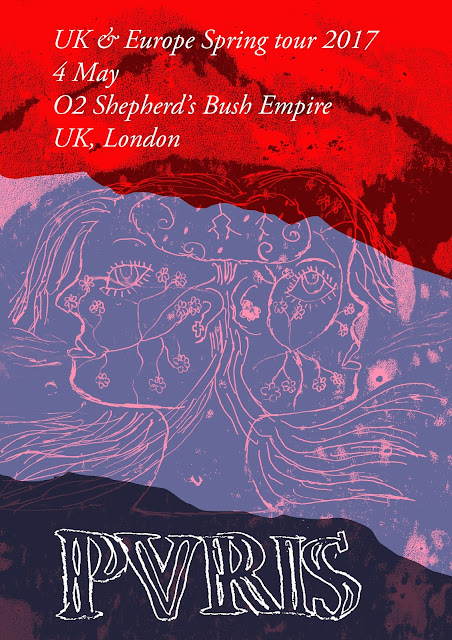 I created this poster by using the lasso tool on Photoshop to make a torn paper pattern. I decided to add the details to the event by a using a typeface font because it contrasts with the mono-print that I did recently.
Posted by Manisha Rekhi illustrations at 05:48 No comments:


When I attended the Gina Cross professional practice talk, she help me to enlighten on how I want to come across as an artist. Gina Cross is an art dealer and agent based in London. She does self-promotion workshops for inspiring artists that wants to develop their brand to lead to careers such as freelancer, graphic designer, illustrator, web designer, etc. Cross also worked for Gas Gallery. Gas Gallery represents artwork from artists that are both in the UK and international.

She showed examples of books that showed a variety of unique but subtle covers. During the talk, Gina mentioned there are many approaches on publishing artwork and prints not just for books and album covers. The other examples on expanding artwork are, gaming, product display, set design, retail window display, interior and mural design. Absolut Vodka is a good example of product and packaging display because the designers that produce the artwork on the bottles shows the versatility of colour and technique. It also shows who product is targeted at.

Overall, the key aspects that will help me and others to build success in self-promotion are,

Recommendations on websites to find when it comes to either looking for a job or putting work online are,
Posted by Manisha Rekhi illustrations at 03:08 No comments:

I made the sculpture of Melanie Martinez alter ego/ character, Crybaby out of clay. I created the concept of this piece through Martinez's self title album song which same exact name as her unique persona. I painted the bust using acrylics and brush pens.  To step a forward, I going to edit the photo of the sculpture using photoshop and use as part of my poster that I've been working on for my FMP.
Posted by Manisha Rekhi illustrations at 06:03 No comments: 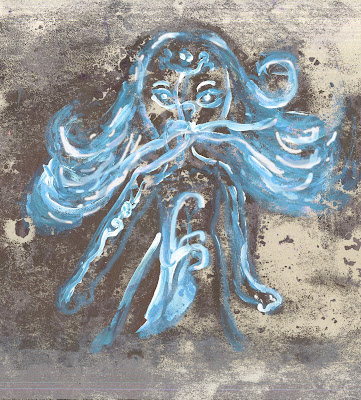 Even though smoke underlies the term fire, I decided to use cool colours to make it more settle. To take it a step further, I will use this print to create a gig poster to promote the band's tour this year as well as making a vinyl cover as well.
Posted by Manisha Rekhi illustrations at 06:24 No comments:


Also for the people who grew up listening to vinyl finally get to relive their childhood of their passion for music especially if it is coming from upcoming bands and music artists.
Posted by Manisha Rekhi illustrations at 05:59 No comments: